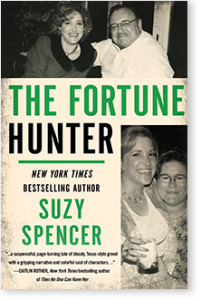 There were only two ways to go.

She could creep her SUV down the winding road of Toro Canyon, scouting the curves through the oak and cedar trees that draped the asphalt edges, being careful not to drift off into the brushy grass that grew wild over the pavement. It was the route many residents took as they headed home from the downtown Austin bars, their headlights searching the woods near the Lady Bird Johnson family compound then flashing against the security gates outlining the Michael Dell estate.

She could listen to the rumble of her big tires as they turned sixty miles an hour over the scenic Capital of Texas Highway, past the stadium where the Westlake High School football team had just hours earlier beaten Waco High, through the traffic light that after midnight flashed caution at Lost Creek Boulevard, past the future home of Dell Computers, and then right at Westlake Drive where Susan Dell had her designer boutique in multimillion-dollar Davenport Village shopping center. In 1999, folks in Austin still loved to shout the Dell name. It was as big and powerful a deity as Willie Nelson.

She could continue up the wide and concrete-curbed Westlake Drive, past the half-million-dollar homes that computers and politics had built, and turn right, back onto the blacktopped, curbless Toro Canyon, where the multi-million dollar homes stood behind gates that were locked tight.

Either way, just before 3 A.M., there would be drunk teenagers speeding home from their football victory parties, their parents a bit tipsy too from their own little post-game adventures. It was a neighborhood known as Lexusland for its high-rolling Republicans who concentrated on their cell phone conversations as they drove, their self-absorption demanding that outsiders move out of their paths.

Their teen children drove SUVs, tricked-out pickup trucks with head-ringing stereos, and BMWs as they drank and talked and laughed on their phones, too. It was not a neighborhood where people were allowed to do only one thing at once. Multi-tasking, being too busy–they were things to boast about.

And then there were the deer. Some claimed they were the craziest residents of all, jumping over fences in the middle of the night, bounding into the road in the quiet darkness, smashing into windshields when caught in headlights, popping the airbag, blinding the driver.

There was really only one way to go.

She laced on her black sneakers, tied them tight, slipped two shotgun shells into the chambers of her 20-gauge and walked out to her 1999 mahogany pearl Pathfinder. The plastic she’d stretched over the floorboard and driver’s seat crinkled when she climbed in. She lit a Camel Light, cracked a window, and eased onto Capital of Texas Highway. Music played on her CD, as she watched her speedometer, making sure she didn’t go too slow or too fast, just right as she turned onto Westlake Drive.

She clicked off her radio and headlights and backed through the chain link gate and up the hill that led into 3900 Toro Canyon Road, her tires spinning and crunching in the gravel. She parked her SUV, climbed out and into the clear October night, and closed her car door with a mere click. The fresh fall air was scented with cedar and ragweed. The wind was still, with only the voices of nature–the chirp of crickets, the scratch of a raccoon, a possum, an armadillo, the stirring of the crazy deer.

There really was only one way to go. She stole through the darkness, past the pool, into the silent house. There were pillars of faux marble in the entryway, cypress wood meticulously stained the color of coffee in the office. She sneaked into the master bedroom and stood at the floor of the bed. She lifted her 20-gauge shotgun, aimed close to the big belly sleeping before her, and squeezed, the blast ripping into the gut.

There was only one way to go.

She walked out the door.