As many of you know, I wrote Secret Sex Lives: A Year on the Fringes of American Sexuality because I needed to laugh.

So knowing that I desperately needed to laugh again, I put out a call to my Facebook friends begging them to ask me anything they wanted about Secret Sex Lives … so that I could laugh again.

Here are their questions … 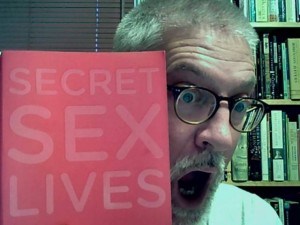 “Has anyone ever had a bondage session where it went south and they couldn’t get out of their restraints when it was over? Rather similar to getting stuck in your work out shoes … only worse?”

“LOL, YES! It was funny, but scary at the same time. Especially when after 30 minutes the knots wouldn’t loosen. Following that scene I haven’t been restrained with rope or cord–only leather cuffs, collars, chains, scarves. I request rope or cords be reserved for things such as breast binding and play such as that. My biggest fear at that time was having to call 911, since the ropes were too snug to cut. Imagine finding a nude submissive in a BDSM playroom, restrained on a St. Andrews cross. THAT would make quite a story for the first responders to tell! I think I would have blushed all over … What else could I have done?”

I also asked Angela the question, since she’s a nurse and thus a very safe Dominant. (No, “very safe Dominant” is not intended as an oxymoron.) If the name Angela sounds familiar, that’s because she’s featured in Secret Sex Lives.

Angela replied, “Not to rain on your humor request but one can always cut bondage rope or duct tape or cling film if necessary. It ruins the rope, while cutting the tape decreases the sadistic fun of pulling it off. And one always cuts or tears cling film anyway.”

Actually, Angela, you made me smile with the line “cutting the tape decreases the sadistic fun of pulling it off.”

Kayt Sukel, a friend and author of This Is Your Brain on Sex and The Art of Risk—both are Suzy recommended reads–sent me my next question:

“What is the most outrageous lie you told to explain marks, gear, or other signs of the life?”

For this answer, I went to a guy I call G-man. He’s a burly firefighter and EMS worker from Illinois, who is also a crossdresser. Though he’s not in Secret Sex Lives, G-man and I met while I was researching the book. In fact, one of my most interesting days of SSL research was spent high-heel boot shopping with G-man. Later he was my date to a kink ball. Believe me, G-man is much better at painting on eyeliner, eye shadow, blush, and lipstick than I am, despite the fact that we met at a makeup seminar taught by a transgender woman.

The reason I asked G-man about his most outrageous lie is because hours after our makeup seminar, I stood by a swimming pool in Jamaica and watched him get flogged—HARD. At least it looked hard.

“But as far as gear … my daughter would wonder about the occasional makeup she would find. I told her it was from girlfriends. She didn’t buy it. She knew.”

I then returned to my friend the submissive country lass and asked her the same question. 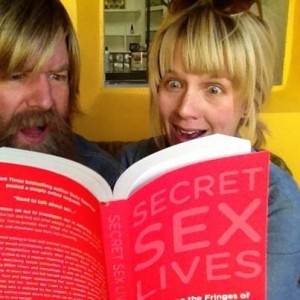 “I like marks, and I bruise easily,” she said. “Luckily for me I also heal quickly. I had a play session where my breasts were bound and then spanked. I’m not even talking HARD spanking, but the marks were doozies. A few days later I went over to a friend’s house, to hang out and swim while our daughters hung out too. We were changing into our swimsuits, and I had forgotten all about the marks. I turned around to see her looking shocked, and she said, ‘Oh my God, what on earth happened to you? That looks HORRIBLE!’ Well, this is what I told her. ‘No, it doesn’t hurt at all,’ which it didn’t. ‘I’m on blood thinners, and I went and had my yearly mammogram. No one warned me that this might happen. Next time I’ll be prepared.’

Now I realize that a lot of you will read the above and not think any of it is funny. You may think it’s warped or sick. Believe me, though, after spending nearly a decade writing about murder—especially writing about five dead babies—alternative sex seems light and funny in comparison, which brings me to the next to the last question I was sent:

That question actually made me groan before I chuckled because my first thought was that’s such a male question … and a male question from someone who probably hasn’t read Secret Sex Lives. If he had, he might know the answer.

After my groan and chuckle, though, I fell into editing mode because “it” doesn’t have an antecedent. Therefore I didn’t know what “it” is. (Yes, I get obnoxiously picky when I’m editing.) Did “it” refer to researching the book? Writing the book? Something else?

So I asked the man who sent me that question what he meant by “it.” He didn’t reply.

Therefore I’m going to reply with the words that went through my mind just a few days ago. Researching and writing Secret Sex Lives was the most fun I’ve had in more than 40 years of being a writer and journalist. Yes, at times, reporting and writing it was dark and hellacious. I’m still recovering from the searing repercussions that resulted from the book’s publication. But I would never, ever take back doing any of it. Nothing. Nada. Zippo. Bupkis. So, yes, “it” was good for me.

Now for the last question I got:

“What was the most important thought that stuck with you after you wrote your last word?”

“It’s still not right.” Yep, that’s what I thought—the ending’s still not right—which I think many writers think upon completing a book. Thank God, that’s not what my editor thought. She believed the ending was perfect. Some readers have thought the same thing; others haven’t.

As for me, years later, I think the ending works pretty darned well. But that doesn’t mean I don’t want to write more and write a new ending. Not a new ending for Secret Sex Lives. I’m talking about a new ending for Secret Sex Lives 2.0. Yep, I still want to write the sequel, i.e. the rest of my story. But I know the time isn’t right for that. I’ve got a different book that I must do first. And in the meanwhile, I’ll be thinking about Andrea Yates and hope that Americans learn that it’s as important to talk about mental health issues as it is talk and laugh about sex.

I headlined my anonymous, one-paragraph Craigslist ad need to talk about sex. I explained that I was writing a book about sex in America and looking for people who would be willing to talk to me, in detail, about their sex lives. I spent another five or ten minutes reading and rereading my ad, before finally hitting “send.”

I stared at my computer screen, then out the sliding glass doors and through the dark winter leaves of the live oak trees. I’d spent the better part of the last ten years writing “true crime” books about real-life murder, sitting with the grieving friends and family of homicide victims, listening to their stories, memories, regrets, loves, and rages as they talked about the ones who had passed on too soon.

I proclaimed that I wrote these books so that people could learn from what had happened—that denial of sexual, physical, emotional, drug, and alcohol abuse destroys lives and that mental illness is a real disease, not a weakness that can be healed by simply thinking positive thoughts. If we recognize these facts and deal with them rather than ignore them, we can prevent such tragedies from happening again. That’s what I preached over and over again. But I was worn out from all the tragedy. I needed to laugh—and talking about sex made me laugh. 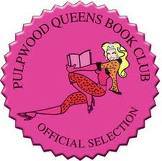