“I’m the son of a serial killer.” Those were his first words to me.

I stood in the foyer of a small library deep in the Hill Country of Texas. It was March 2013, and I was there to teach a class on Writing Sex & Murder: Reality vs. Fantasy. As I waited for the class to began, I watched the students enter. Most were the typical writing seminar crowd of retirees wearing their uniform of clean, comfortable, and neatly pressed shirts and slacks. But one man caught my attention as he rushed into the library, sped through the foyer, into the classroom, and headed straight to the table of free pastries and coffee.

He was atypical for such sessions. For one, he was younger. For two, his blue jeans and t-shirt had seen better and cleaner days. His hair was dirty and disheveled, too. In fact, he looked dusty and chilled. And he grabbed hungrily for the pastries and coffee, while not bothering to make small talk with anyone. Not even acknowledging their presence. I wondered if he was homeless and had come for food and respite from the cold – a strong north wind blew outside.

But then it was time to teach and I got caught up in the audience, their questions, and their laughter, and I completely forgot the strange man … until an hour later when I sat alone in the library, at a small desk, waiting for people who wanted a 15-minute one-on-one consultation with me. I looked up and saw the disheveled man walking toward me. He sat down, placed a spiral notebook in front of him, and said, “I’m the son of a serial killer. I died the day I was born.”

Mixed with my shock was the thought of what a great opening line that was. I say mixed because I got the feeling he wasn’t quoting me lines from his novel. I got the feeling … well, was he telling me the truth? Or was he crazy? Or both? I was intrigued and a bit frightened.

He opened his notebook and showed me page after page of drawings he’d done and poetry he’d written. I don’t remember the poetry because I was so fascinated by his artwork, which was good, and a bit darkly insane, and I kept thinking, “I’m the son of a serial killer. I died the day I was born.” 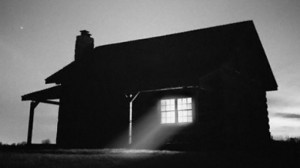 He told me his father had been an elected official in a small town in the Midwest. And all the time he’d been an elected official, he was killing young women, photographing their corpses, chopping up their bodies, and hiding them in a suitcase, until he could bury them on the family property. When the government had wanted to build a new highway, his father had stopped it, because its construction would have gone through their property and unearthed the bodies.

Still trying to figure out if this was reality or fantasy or a combination of both, I asked if he’d gone to the police. He said that it didn’t matter now—his father was dead. I noted the families of the missing girls, families who needed closure. He said he’d thought about that, and that’s why he wanted people to know the truth, but the police in his hometown wouldn’t believe him since his father had been so respected.

I asked if he had proof of the murders. He said he’d seen the bodies and shown some of his friends the suitcase and one of the bodies packed within. His friends would never confirm this, he said, because his father had bought them off, they’d started their businesses with the pay-off, and now they were successful and respected and had too much to lose.

But he could remember where he, himself, had thrown some of the body parts when he’d gotten frustrated and wanted the corpses out of the house and he could remember where some of the bodies were buried. And then he said he’d slipped some of his father’s photos of the corpses inside a record album sleeve and had hidden them under the family home. If he could only sneak back home and crawl under the house …

I returned to my home and immediately began an Internet search to see if any of this rang true. I confirmed that he grew up where he said he had. I confirmed that his father had been an elected official and that his father was deceased. I even confirmed that this strange man had told the same story to others. In fact, he’d been arrested for stalking a woman he’d told the story to. A chill shivered through my body. And I discovered that in a nearby state, there was an unsolved serial killer case that, at one time, had pointed to this young man’s home state as the home of the perpetrator. Were the two connected?

I also knew there was an unsolved serial killer case within easy driving distance of the man’s current location. Was there a connection there, too? Was this man with the dark artwork really a serial killer and confessing his crimes – bragging about them – while laying the blame on his now dead father? Or were both he and his father serial killers? Is that what he’d meant when he’d said he’d died the day he was born? And was he telling me this so he’d get caught before he killed again?

I did more research on the out-of-state case. Authorities eventually rejected that it was tied to the man’s home state. But what if they were wrong?

I contacted a detective I knew in the Texas city that had the current, unsolved serial killer case and gave him the details. He told me the case had been solved within the last few days. That information just hadn’t been made public, yet.

I let it go. What else could I do? Reality vs. fiction: I had no proof of anything. And I forgot about it … until the end of February 2014, when, within seven minutes, I received three comments, from one person, on one of my blog posts about Regina Hartwell, Kim LeBlanc, and Justin Thomas — the murder victim in my book Wasted, and her two friends who were arrested for the crime.

In the first comment, the writer said he had killed 25 people. I ignored the comment, presuming it was from an Internet troll trying to get my attention. A minute later, he said that that weekend he was going to go to his local shopping mall and kill everyone there because he was bored. That time, I paid a bit of attention and contacted a friend who is an investigative reporter. I didn’t want to be the only one to know about this. Six minutes later, the commenter wrote that he’d changed his mind. Instead of waiting for the weekend, he was going to kill his entire family that night. 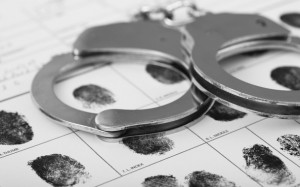 I’m sharing this not because I want to give some (perhaps) unhealthy men and/or Internet trolls publicity, but to let all readers and commenters know that if you tell me something or write something to me that even hints that you’re involved in a crime or threatening harm to anyone, I will report you to law enforcement immediately – just as I did with the son of the alleged serial killer and the man who threatened a mass murder. And that’s reality.