An Update on the People of “Secret Sex Lives”

I’m constantly asked about the people from Secret Sex Lives: A Year on the Fringes of American Sexuality. “Are you still in touch with them?” “What do they think about the book?” “What happened to …?”

So I thought Valentine’s week might be a good time to answer some of those questions.

Yes, I’m still in touch with many of them.

As for “what happened to …,” well, let’s go through that. 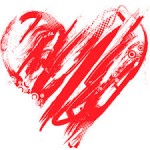 Amanda, the 39-year-old, Ohio State grad who was divorced and feasting on the “epicurean sex smorgasbord”: Through one of the alternative dating websites she was using, Amanda met a man, “Harley Dude,” as she called him back then. They’ve been together for years now, live together, and are raising “Dude’s” children together. There was so much more to her story that I wanted to include in the book, but there just wasn’t space.

By the way, do you remember Amanda’s “drip list”? I mentioned it on the Katie show, but the producers edited that phrase deeming it, I guess, too shocking or profane.

Jim, the hot, 32-year-old married pilot: Jim and I have been in touch only once or twice, but the last I heard, he and his wife are still together. In fact, they’ve had another child.

Richard, the 41-year-old navy man who liked women and men: Richard is retired from the navy, has moved back to his home state, and still sneaks around with the men. Like Amanda, there is so much more to his story that I wanted to include in the book (such as his email correspondence with other men), but there just wasn’t space.

Frank, the swing club owner whose wife died from cancer: I lost touch with Frank, but from his club’s website, I gather he’s still in business and has remarried.

Coyote, the married Texan who was into women, men, singles, couples, you name it: Of course, Coyote and I are still in communication, though I haven’t seen him in a year or more.

While I was writing Secret Sex Lives, Coyote began easing his saint of a wife into a bit of couples play. Then he developed health issues, which stopped his alternative sex life. Over time, he eased back into it, though primarily with men … and nowhere near as frequently as before.

If I ever get to write a sequel to Secret Sex Lives, you’ll learn much more about Coyote and his motivations.

Holly, the 23-year-old virgin, who lost her virginity while I was reporting Secret Sex Lives: Holly and I are in touch. In fact, she recently let me know that she loved the book. She’s married and has children and feels she is still searching for her purpose in life. Unfortunately, she and her mother are on the outs again.

Jessica, the 25-year-old bisexual chef who was meeting men through Craigslist’s casual encounters: Ah, Jessica. We finally met in-person and had lunch. Remember Wynn, one of the young men she met through Craigslist? They married, travel the world, often work on different continents from each other, and have an open marriage. So far, it’s working.

Amy and Jack, the “average mid-life swingers” from San Diego: In 2007, I believe it was, I spent hours in their home interviewing them. None of that ended up in the book. They were fun. They were flirtatious. Nothing happened between us. After that, I lost track of them. However, in 2012, I found Amy. She told me that she and Jack separated in 2008. She got together with one of their former swing partners, who had also separated from his wife. And she and Jack were on speaking terms. I don’t know if the swing partner is the one who made Jack jealous. I’d be curious to know. 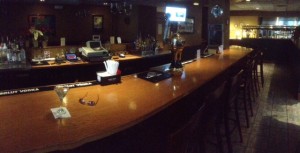 Where the Connecticut swing party began. Photo courtesy of Neil.

Neil, 42-year-old, “Suit and Tie,” single swinger, who took me to the New York swing club: Neil and I are still in contact. In fact, we frequently exchange emails and he frequently sends me photos to remind me of my research. He got out of the lifestyle while I was working on the book, but recently he’s started dabbling again and is throwing private parties again.

Phoebe and Phil, early 40s, swinging divorcee and mid-30s, married swinger, who threw the Connecticut swing party for me: Phoebe and Phil are still together and still swinging, though he has been transferred overseas while she’s still in the U.S., and missing him.

Emily and Griff, THE swing couple from the Connecticut party (if you don’t know what that means, you need to read Secret Sex Lives): Emily and Griff are still together, still swinging, and still happy. And, oh, yes, they went on Katie with me. 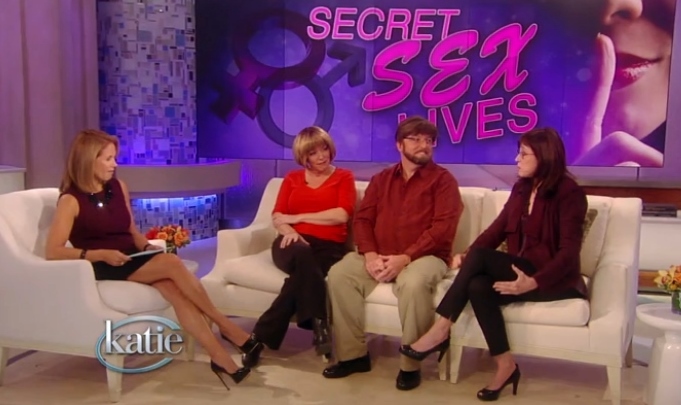 If there’s someone I left out, it’s probably because I told the ending to their story in Secret Sex Lives. But if you have questions about anyone, just ask and I’ll try to answer.