So far, I’m not aware of criticism the book has received, only that I’ve received. And with the exception of a handful of viewers of Katie, I haven’t seen much criticism of my beloved sex freaks. However, one woman, who I know personally, referred to my sex freaks as deviants. I didn’t say anything then, but I was so upset by that that I came home and wrote a response to her:

I bristle at calling my Secret Sex Lives sources sexual deviants. Maybe it’s because I come from the world of true crime, but I don’t consider my sources sexual deviants. To me, sexual deviants are child molesters, rapists, which my sources absolutely are not, at least to my knowledge. If they were, I would have reported them to the authorities. My sex sources are people who practice alternative sexual lifestyles or, as Lola, my psychiatrist friend in Secret Sex Lives, called them, people who are “sexually out there” – swingers, cross-dressers, people who are into bondage and domination.

Yes, I understand that there are people who consider such behavior deviant. But unlike rape, it’s not behavior that’s forced on someone. It’s behavior that is consensual, that is mutually agreed upon and negotiated with boundaries – with boundaries – before one partner is swapped, one rope is tied, or one flogger is lashed.

As for the criticism of me, most of that appears to be from people who haven’t read the book, who’ve only read articles or seen me on TV. So until they read the book, I’m dismissing it. And I go and pet my dog, Jacob. 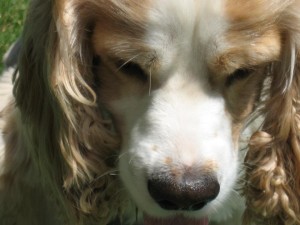 Jacob intensely stares at his ball.

As for what I really want to say to them? Go read the book. Then you’ll know me. Then you can judge me.

By the way, there have been a few kind souls who have stood up for me publicly at Salon.com, on Alternet.org, and on Katie Couric’s website. And I am most grateful to them.

What has been the most memorable and supportive piece of feedback you’re received so far about the book?

In some ways, that’s hard to answer because the people who are telling me thank you for the book and saying I relate to it or I’ve learned something from it, are the one’s emailing me privately or whispering their words to me so that no one else can hear. In fact, there’s one lengthy email that I wish I could share with you, but I’d be breaking a code of privacy if I did. But there’s one Facebook post that really touched me and that’s because it was from Greg Garrett, an author and English professor at my alma mater Baylor University. Greg wrote:

Just finished my friend Suzy Spencer‘s wonderful new book–the book about sex in America that she’s been writing forever turns out to be a book about loneliness and connection, about truth and lies, and about faith and spirit. It’s a brave and beautiful book, and Suzy, all your Austin friends are so proud of you!

I loved that because Greg got everything that I was trying to get across in the book, just as Jordan Smith did. Jordan is an intern at the Texas Book Festival who reviewed my book for the Fest. And what’s so cool about the book is that Greg is (I’m guessing) a 50-something male (well, I KNOW he’s male) and Jordan is (I’m guessing) a 20-something female (I also know she’s female) and that proves that Secret Sex Lives is touching the hearts of readers of all ages and all genders. That is gratifying.

As an fyi, here are a few lines from Jordan’s TBF review:

Spencer’s writing takes a confessional form, and her apprehensive yet absolute honestly is completely endearing as she reveals how this journey changed her views.

And in full disclosure, Greg did my Q&A with Patheos.

The world is full of lonely people just looking to make a connection with someone, yet we are one of the most connected societies of all time. In your opinion, why is there so much loneliness in today’s world? Is it because of technology, the loss of familial bonds due to divorce, moves, deaths, etc., or something far greater.

I think there are many reasons we are so lonely, but one reason is that we don’t know what we want. Perhaps due to marketing, advertising, magazines, TV, and/or movies, many think we want quick connections or hook-ups. But as I communicated with people who were pursuing those quick connections, many of them discovered that what they really wanted was to be seen, heard, loved, and touched – emotionally and physically. In other words, they wanted real relationships. Deep relationships where they are appreciated, adored, and most of all where they can be open about their secret desires, kinks and all, and still be loved and accepted, and let me emphasize accepted without judgment. But they are absolutely terrified to tell their most loved ones about their secret desires, fantasies and fetishes, i.e. their sexual needs, because they fear judgment and rejection by the people they most love, respect, and want in life. So to protect themselves, they build walls of silence. But those walls don’t protect them. They just make them lonely. And that can happen whether we’re technologically connected or not. 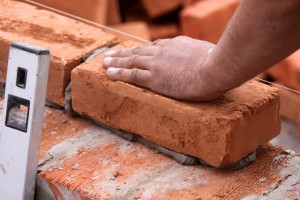 If you have additional questions, please send them along. You can post them here, on Facebook, or send them to me privately.