But a lot of you have sent me your own questions via Facebook and email. So today’s blog is devoted to you…as you grill me… 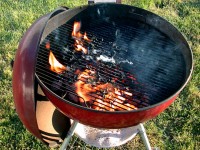 When you decided to write something different and “fun” and decided to write about sex, what made you go to a place like Craigslist, AdultFriendFinder.com, Alt.com, etc. to do your investigation? I mean, the majority of those people on those sites tend to be the extremes – more on the “kink side” and not the norm. Was that the purpose of initiating your book?

Susan, let me start with your last question. Yes, the purpose of the book was to investigate Americans’ alternative sex practices – not to investigate “vanilla” sex. So that’s why I went on Craigslist, AFF, and Alt.com.

Why did you not use a different approach to interviewing people – such as friends, surveys, talking with small groups?

One of my very first interviews was with a friend, but, at that friend’s request, I ended up not using that interview. (I didn’t use any interviews where the source changed his or her mind about being included in the book.) But the truth is that I wasn’t aware that I had many friends with alternative sexual lifestyles, so there weren’t a lot of friends to go to.

I also conducted an online survey. More than 1200 people answered it. However, after my countless email, phone, and in-person interviews, there wasn’t enough room in the book to include the survey information. I do hope to eventually use that information in some other way. As such, I’m currently conducting a second Secret Sex Lives survey so that I can compare how Americans’ sex practices and attitudes toward sex have changed over the years.

What was most enlightening? When I think of “enlightening,” my connotation of the word is something that’s positive. But the first two things I’m going to mention are more of what I learned that surprised me, and whether they’re positive or negative will depend on the point of the view of the reader.

With that in mind, the first “enlightening” thing I learned was that so very, very many Americans are into alternative sex practices. The second was that so very, very many happily married heterosexual men desire to be with another man. And the third thing, which I considered a positive enlightening at the time, but now it’s feeling a bit more negative, is what I learned about myself. (And for those who haven’t read Secret Sex Lives, you’ll have to read it to find out what I’m talking about.)

Has the shrink reacted to SSL?

LOL. I’m laughing, Mick, because you are far from the only person who has asked me about the shrink. And for those who haven’t read the book, I include conversations with my shrink in the book. But to answer your question, I don’t know that she’s reacted to the book. I don’t even know if she’s aware the book exists.

Out of all the experiences you encountered researching “Secret Sex Lives,” which was personally the most embarrassing one?” 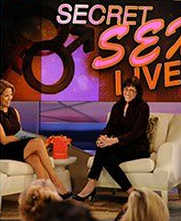 Out of what’s depicted in the book, hands down the ending.

Would it be the same ending?

Kathy, do you mean would I write the same ending if I could rewrite the book? Yes, because it’s what happened. And moving past secrets through honest communication is what the book is all about. But if you’re asking if I could go back and relive that night and change what happened … as of today, I don’t know the answer to that.

Is your born again Christian persona in the book authentic or enhanced for dramatic effect?

When can we expect sex book two. Book one was great!

Thank you, Jane. And actually this is a question asked by Susan and Mick, too.

There’s definitely more to the story. After all, I have years more of research and even some research that’s already written. And sequel has always been my game plan, as I stated in my post Katie show interview. But now that the book has been out for one month, there is a part of me yearning to write something completely different.