Guest Post: Allen Morris, A Friend … in Grief and in Laughter

Date: 23 Dec 2010
By: Suzy
Tag: Allen Morris, heart attack, mule kick, Tip-toeing through the tulips of Christmas grief
Comment: 0
I’ve been taken aback by the response to my previous post “Tip-Toeing Through the Tulips of Christmas Grief.”  It’s gotten more hits than any blog I’ve written since last spring, and it’s generated a stunning — at least to me — amount of soul-touching comments.  Most of those comments have appeared on my Facebook page.  A few, including a beautifully passionate comment from D.H. Gregory, appeared here.  And a couple of readers emailed me privately.  One of those was Allen Morris, a friend from high school.  After reading Allen’s email, I asked him if I could post it here.  He said yes.
A bit of background:  Allen has had a hellacious year.  He’s had a heart attack, is suffering continuing and serious health problems, and his father died recently.  Those are not all of the troubles Allen has endured in 2010; they are, though, all I feel comfortable in making public.  But the reason I asked Allen if I could post his email is because I love that even in his grief and recovery, he hears humor.  Thank you, Allen, for sharing this with us.
Now, from Allen:

I just read your blog about the feelings people have when someone near to them dies.  … I had that mule kick when I walked into the hospital room the morning my father died.  It was an unexpected surge of emotion, such that it caused my blood pressure to rise dramatically and dangerously.  The feeling was the same as when I had a heart attack.  Nitro brought it down.

Later in the day, I was taken to the emergency room because everyone around me was convinced I was, indeed, having another heart attack.  After the second EKG,  it was determined that a kidney stone was passing.  My sister Myra, who was in the emergency treatment room with me, was on the phone making arrangements for Dad’s funeral, “No, we want the casket to remain closed.  No need to pay for the embalming since it is not required in Texas if the body is not going to be viewed…”
The lady in the next bed, separated by only a curtain, was aghast, “Do you hear that bitch?  He’s not even dead yet and she’s making funeral plans right in front of him.”
My father, who was dead, would have enjoyed that moment.  Not hearing him laugh, loud and long, after being told that story, makes me sad.  I like to think he witnessed it and was laughing anyway.
Yes, life is for the living; but so, too, are the rituals that accompany death.  Funerals are for the living.  Personally, I never liked them.  My mother did not want to have a funeral for Dad.  We had to convince her it was the right thing to do.  “But why,” she pondered.  “We said our goodbyes.  All we needed to say to each other we said.  Everything is private, between us.  I don’t want a bunch of strangers around me.”
I especially don’t like it when people force me to view the corpse.  That happened when Steve Brashear died.  On the morning of that funeral, my memories of Steve were of us on a boat, him smiling and laughing, trying to teach me how to water ski.  For many years after, I would wake in the night seeing Steve in his coffin, his blond hair two shades darker than in life, slicked back off his forehead in a manner he never wore in life.  That memory is a great dissappointment.
This past year has brought a great many changes, and as a result, an overriding sense of nostalgia.  People with whom I was never especially close have reentered my life, and it seems that we were closer than I realized.  And so many people who were once a major part of my life are gone.  They have passed away; passed through this life and to someplace else.  They are dead.  Gone.  They have joined the choir angelic.  I very nearly joined them.
But, not yet.  And not joining them reminds me of a poem I wrote a very long time ago:
“And such is the fate of we who mourn; for when in death, we find the time has come to die.
We mourn the loss of pain, the death of sorrow.
And such is the fate of we who mourn; for when in death, we die.” 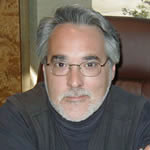