Tip-Toeing Through the Tulips of Christmas Grief

Recently, I was reading my friend Ruth Pennebaker’s blog post titled “Is This How It’s Going to be From Now On?” The post is about the many losses she and her friends have suffered in 2010. By losses, she means deaths.

I’m not one to use words like “loss” or “passed.” I say “died” or “kicked the bucket.” To me, “lost” and “passed” seem too namby-pamby dream-like for what’s really happening – a damn hard, mule kick in the heart that leaves a gaping hole. Yeah, sure, the hole eventually scars over and the soul-shattering pain slowly dulls. But completely heal? I don’t think so.

My father’s been dead for 50 years and though my mother, my sister and I have – in so many ways – joyfully moved on, there is that … loss. Okay, I used that word. But I didn’t lose my daddy like we lost him in the amusement park of life, because that’s what I always think about when someone says something like, “Oh, we lost our father this Christmas.” That makes me want to scream, “Well, if he’s lost, go find him! Say what he really is. Dead. Kicked the bucket. Gone forever. Sayonara, sonny. Adios, amigo. Goodbye.”

It’s not that simple, though.

This week I drove four and a half hours to my hometown, spent two and a half hours having lunch with friends I’ve known since kindergarten and haven’t seen for at least eight years, and drove four and a half hours back to my current home. The reason I did that is because one of those dear friends “lost” her father a few weeks ago, I couldn’t make it to the funeral, she’s feeling that mule kick to the heart, and like Ruth and her friends, my friend is wondering “Is this how it’s going to be from now on?”

I’ve had a lot of experience with death. My dad dropping dead when I was five. My grandfather kicking the bucket just before Christmas when I was in the seventh grade. Our family friend Mark Wayne Conner dying of asphyxiation over spring break when he was a freshman in college and I was in the eighth grade. Our family friend Rachel Perry shooting and killing her husband over summer vacation when I was in high school. My friends Steve Brashear, Victor Stua, and Mike Lawrence dying in a water skiing accident, a house fire, and a car wreck between high school graduation and college graduation. My friend and Sunday school teacher Lynn Grey murdered in a bank robbery not long after I graduated from college. Or maybe that happened while I was in college. It all runs together. I could go on and on.

In fact, back in the days when I lived in Los Angeles, I remember regularly calling my mother before flying home for Christmas and saying, “Do I need to bring funeral clothes?” because it always seemed that someone we were close to died at Christmas time.

It’s a strange thing about Christmas … how death and birth seem to be so tightly twined in the season. Why is it that we choose to celebrate the birth of the Christ child in the dead of winter? Is it because we desperately need that hope in this desolate time of the year?* 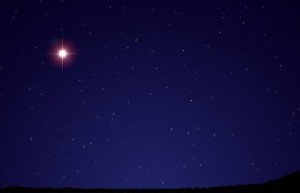 One Christmas, I got off the plane, walked down the jetway to my mother, and in baggage claim she said, “Rick died today.”

Rick was the son of my mother’s business partner, a wonderful woman named Lavonia. Our families were entwined like Christmas and death. Six months before, Rick had gone into a coma. Publicly, everyone said he was in a diabetic coma. I believed he was in a cocaine-induced coma. Once spring fell into summer, summer turned into fall, and fall edged into winter, his sister pulled the plug on him. There was no other choice.

After the funeral, I stomped to our car, slammed the door, and yelled at my mother, “I’m so angry!” I was furious that no one had tried to stop Rick from his addiction. Instead, we’d enabled it. “I’m too angry to go to the cemetery,” I screamed. We went home.

By then, my cousin Kathleen had kicked the bucket at age 32 from breast cancer. Her mother and grandmother were still suffering from that unhealed kick to the heart. So I looked at my mother’s business partner, who leaned against a doorframe in her home, and she smiled at me.

Both of her children were dead. Her husband was dead. Even her businesses were dead. She and my mother had closed them after my cousin had died. And my mother now lived four and half hours from her, not four and a half blocks. So to some degree, their 30-plus years of daily friendship was dead, too. “Keep smiling,” I said.

“Life’s for the living,” she answered. And she wasn’t in denial about her life, her kids, their deaths, her … losses. Life was simply for the living.

Not long after, my mother and I stood by her bedside. This time, Lavonia was in the hospital. She’d just had her leg amputated due to diabetes, and she started singing, “Tip toe through the tulips … and through the tulips with me …”

A week or so ago, my friend whose father just died said to me, “No one copes well with death.” I wanted to say to her, “Yes, some do.” Lavonia. But it’s too early to say that to her. She’s still in the “Is it always going to be like this?” stage.

But for me, when the sadness of Christmastime hits, when the thoughts of those we “lost” cause our scarred hearts to hurt, I think of Lavonia, and in my head I sing, “Tip toe through the tulips with me. Knee deep in flowers we’ll stray. We’ll keep the showers away. And if I kiss you in the garden, in the moonlight, will you pardon me. Come tip toe through the tulips with me.” And I smile. I loved Lavonia. I miss her. I weep for her at this moment because she was a second mom to me and she taught me that life is for the living.

I hope my friend can come to understand that, and I hope that someday she, Ruth, and Ruth’s friends will join me in a gentle chorus of “Tip toe through the tulips … In the garden, in the moonlight …” 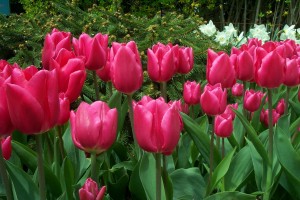 *Yes, I’m ignoring the fact that it’s summer in the southern hemisphere.