Writing the Life I Live

When I wrote fiction, the life I lived became my writing. A hometown visit with my friend Paula Sue inspired my short story My Sweet Sheri Sue, which you’ll find here and was published in a slightly different form in the anthology Red Boots & Attitude: The Spirit of Texas Women Writers (Eakin Press, 2002). Another short story (that I now find embarrassing) was inspired by an obsession, and a regrettably lost short story was the result of a vacation to Hawaii. 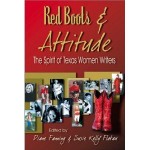 For example, whenever we remember the anniversary of Hurricane Katrina, I recall the night before it hit. I sat at my computer doing research for Secret Sex Lives. As I did so often back then, I was cruising Craigslist’s Casual Encounters. With Katrina coverage buzzing on the TV, I decided to click on Casual Encounters in New Orleans. I was a bit shocked, dismayed, and laughing some, too, when I saw how many New Orleanians were looking for quick sex rather than evacuating from the storm. Of course, many of those seekers of sex appeared to be prostitutes.

I doubt that though, because I remember just before the Andrea Yates trial, I was having dinner with Dateline NBC’s Keith Morrison and his production crew. I was talking about how I wanted to return to fiction. He asked me why since there are so many true stories out there that need to be told. I think Keith Morrison changed my life that night, and I doubt Keith Morrison even remembers who I am.

Andrea Yates is one of the strongest examples of the writing I do becoming the life I live. When 9/11 happened I was in a hotel in Clear Lake, Texas, researching my Yates book. I’d stayed at that hotel before, specifically when I was covering the funeral of her four young sons and infant daughter, all of whom she’d methodically drowned in the family bathtub.

That’s what I wrote about that June 26th day in 2001 in my book Breaking Point.

I still remember the tiny white coffins and the blankets that Rusty Yates, the children’s father, tucked next to the five cold bodies.

“This is Mary’s little blankie,” he said, holding it up for the mourners to see. It was a loosely crocheted baby blanket. “… Her little toes used to slip through it.”

Tuesday, September 11, 2001, dawned with beauty in Houston, Texas. The air was stunningly clear, the sky autumn bright. The temperature was almost crisp as Bay Area residents walked out their doors and picked up the Houston Chronicle from their driveways. They opened the paper and saw a front page headline: “Yates jury selection is today.”

That’s why I was in Houston on September 11, 2001 – to cover the Andrea Yates competency hearing, a hearing that would determine whether the psychotic mother was competent to stand trial for her children’s murders.

The hotel in which I stayed was just down the street from the extended stay hotel where Andrea’s mother-in-law was registered during the murders, and across the street from NASA, where Andrea’s husband Rusty sat at his desk working until Andrea phoned him after she’d placed the children’s corpses in the bed she shared with him. “You need to come home,” she told Rusty.

Considering that, it may sound oxymoronic when I say my hotel was a quiet, safe place, so when I slowly woke to the constant sound of sirens on September 11, 2001, I was confused. Never before had I heard sirens outside of NASA. I picked up a USA Today and stared at the five and half inch by seven and a half color photograph of Andrea Yates centering the newspaper’s front page. “’Psychotic,’” it said, “but is Andrea Yates legally insane?”

I had been led to believe that Andrea’s competency hearing didn’t begin until September 12th. But as the Houston Chronicle and USA Today said, jury selection was beginning that morning. Furious and frustrated that I hadn’t known that, I started throwing on clothes while dialing a friend in Austin and griping about my misinformation.

Calmly, firmly she said, “Have you turned on the TV?”

Repeatedly, calmly, firmly, she interrupted and told me to turn on the TV.

Finally, I did. And there I found why sirens were blaring outside of NASA – the World Trade Centers and the Pentagon had been hit by planes and were in flames. (The news about Pennsylvania had not aired yet.)

I dialed the Harris County courthouse to see if the Yates jury selection was still on. I was told, yes, it was, 120 potential jurors were already there.

I grabbed my bags, checked out, and blasted up I-45 from Clear Lake to Houston, stunned at the empty freeway heading into downtown, equally stunned at the gridlock caused by workers fleeing the city. NASA, oil companies, Enron, and major banks were in lockdown and under guard. Everything was in lockdown, I believed, except the Harris County courthouse. But in the mere minutes it took me to race from Clear Lake to Houston, the courthouse had been closed too and the potential jurors sent home.

I wanted to go home, too. But I had an interview to conduct that night with a former neighbor of Rusty and Andrea’s, and she still wanted to keep our appointment. So on this stunningly crystal blue day of violence, I found a sidewalk café and sat alone in the silent city, the sun warming my face as if I were on vacation in Hawaii.