Stuck at the WB with "Poets & Writers"

I’m stuck in Whataburger and I don’t want to be. 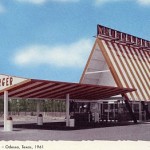 Rain from Tropical Storm Hermine is slashing out of the sky.  As much as I don’t want to be in the WB, even more of me doesn’t want to get soaked to the bone, as my grandmother would have said, running to my car.

I don’t want to be at the WB because I think I may have just written the opening of my book-after-next (meaning the book to be written after I write my second sex book).  This book-after-next is an idea that’s been sitting in my brain for years.  I’ve written openings for it before, but I knew they weren’t quite there yet.  This one may not be there yet either, but it’s closer than any of the other of the openings I’ve written.  In fact, it’s so much closer that it has me eager to research the book and write it; I want to be sitting at home writing emails to begin the research rather than sitting in the WB.

But since I’m stuck in the WB without my laptop and without my cell phone, which I accidentally forgot and regret because I’d like to post a photo of my WB “desk” and work, let me back up and write by hand how this all started.

It started with the Sept/Oct 2010 issue of Poets & Writers magazine.  I’ve been reading this one issue of P&W for weeks, savoring it like a fine chocolate truffle.  Okay, truth – savoring it like the fine hamburger I ate at the St. Regis Hotel in Beijing.

Where I ate my St. Regis hamburger

Oh, my lord, that was a great hamburger.  Wish I had a photograph of it.  Anyway, I’m digressing with food as I frequently do, so back to the subject.

The Sept/Oct issue of P&W is so inspiring that, since the second day of reading it, I’ve been bringing my yellow legal pad to the WB so that I can scribble notes as the P&W articles evoke ideas in me – hence, my ability to write this blog even though I don’t have my laptop with me. 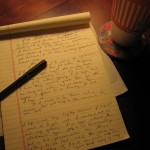 But it’s another print only piece that inspired me today – “The Taste of Memory”, which is a profile of novelist and attorney Monique Truong.  I’m embarrassed to say I’d never heard of Ms. Truong until P&W.

… For the narrative of her first novel, The Book of Salt (Houghton Mifflin, 2003), she imagined Binh, a gay Vietnamese cook who worked on the home of Gertrude Stein and Alice B. Toklas. The book was enthusiastically received and went on to win the New York Public Library Young Lions Fiction Award, the Bard Fiction Price, a Stonewall Book Award—Barbara Gittings Literature Award, and the Asian-American Literature Award. 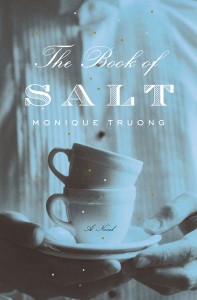 Though that quote opens the P&W profile of Ms. Truong, it’s not the one that grabbed me.  The one that made me stop and think I’ve got to share this was deeper into the article.  It was a quote from Ms. Truong.

As writers we are socialized into a state of perpetual gratefulness—to receive a grant, a publishing contract, a book tour—as if we didn’t earn anything with our labor and talents. Lawyers don’t think that way. They know that they have valuable skill and expect valuable compensation for it. I love my fellow writers, but I wish that they would think and behave—just in this instance—more like lawyers.

That quote was especially poignant today as I lost a gig.  The potential client didn’t think I was worth the money. We writers get that all the time.  And we encourage such thinking by offering our services for pennies, if not for free.  After all, I’m laying out my heart and soul, my work and my writing, to you for free right now, which insinuates, and thus perpetuates the belief, that my time, talent, and work – that a writer’s time, talent, and work – are worthless.

The only way we writers are going to change such thinking is if we start demanding just pay for our words.  But in a poor economy, with thousands of writers struggling to be discovered, with class after class and magazine after magazine and blog after blog advising yet-to-be-published writers to write anything, anywhere just to get their work and names out there, well, that’s probably not going to happen.

Just today, Arianna Huffington was on ABC World News promoting her new book Third World America. As part of the story, Diane Sawyer and Ms. Huffington discussed how our nation’s economy could improve if each business would hire just one more person for six months.  I found this ironic since Ms. Huffington doesn’t pay the majority of the writers who contribute to her highly successful Huffington Post.

Apparently, at least as evidenced by the fact that she doesn’t pay the majority of her contributors, Ms. Huffington has little or no respect for the written word, unless she’s writing it.  After all, she’s not offering her book for free—at least that I’m aware of.  But maybe I’m wrong about that.  Since I’m not being paid to write this, I haven’t bothered to do in-depth investigative research.  In fact, that’s why much of journalism suffers today.  A writer can’t afford to do quality research when one is being paid perhaps $7 for 500 or 1000 words.  If you don’t believe that’s a going rate, just check out the job postings for writers at Craigslist or www.journalismjobs.com and see the pay rates.

But I’m not going to put the blame on those hiring us.  I’m putting the blame on us.  We writers don’t have enough self-confidence to demand what’s just.  Perhaps that’s why we’re writers – we can write and bare the weaknesses, such as lack of confidence, that every human being experiences at some point but most are loathe to admit.  Indeed, we writers seem to find inspiration in our weaknesses and loathing.  For some reason, novelist David Foster Wallace comes to mind, but maybe I’m wrong about that.  Just as I’m embarrassed to admit that I’d never heard of Ms. Truong, I’m even more embarrassed to admit that I’ve never read Mr. Wallace, though I did read quite a bit about his suicide.

Again, I’m digressing.  Apparently, my mind is flowing in and out with the bands of rain.  So I want to say one more thing before I return to the point of this blog post.

Today, after lamenting to one of my sex source friends about the lost gig, which I guess I should admit that I somewhat sabotaged because I was concerned that the potential client might be a pain-in-the butt to work with, my friend wrote me, “well, remember you are worth what you charge and good riddance to that pain!  hope you have a good day, and STOP doubting yourself!!!!”

No wonder she’s become one of my most cherished friends.

Besides, as I told her, I know that if I’d use the time I would have spent working on that non-client’s work to write my own book, I could make more money (I hope).

What I didn’t say to her is that I also know that if I’d use that time to write my own book I’d feel so much better about myself.  Maybe that’s the real reason we writers show so little respect for ourselves and our work by giving it away for free – writing makes us feel so good.  I don’t mean to shock you here, but I’d gladly trade one great sentence for that fabulous hamburger in China.  And I LOVED that hamburger and that trip to China.  Someday, maybe I’ll tell you how that trip changed my life.  But if I do, that will be in a book. 🙂

Anyway, and finally, back to Monique Truong.  According to P&W, on April 23, 1975, when she was six years old, Ms. Truong was airlifted out of Vietnam and relocated to the United States.

Just the month before, in March 1975, I’d been in Malaysia on a mission trip with the Baylor University Baptist Student Union.  We’d flown over South Vietnam, and I’d peered out the plane window, into the darkness, and watched the orange and yellow glow of the bomb fire below us.  I remember the anger, fear, and violence in Texas over the following months (and years) as the refugees from Vietnam came to our Gulf shores and began shrimping.

In small town North Carolina and in Houston, Texas, Ms. Truong, the daughter of a Shell Oil executive, was the victim of prejudice and racism.  In part, that motivated her to become a lawyer – she didn’t want to feel helpless in a country (the U.S.) governed by attorneys.

“One of the things I always try to think about when I am telling a story is that I want to reclaim certain things that belong to me, my personal history and the larger History with a capital H,” she told P&W.  “I wanted to tell a story of the American South that included someone like me in one way or another.”

And maybe that’s what motivated me to start writing on book-after-next.  But I’m not sure.  I started writing this at noon. It’s now well past midnight.  Tropical Storm Hermine has been lashing at my windowpanes for 12 hours, and I’ve been toiling over these words, trying to get them right, for that same length of time.  They still aren’t right.  But the rain is so hard and loud that it sounds like water banging against tin rather than drops striking double-paned glass.  I can’t hear myself think.  So I’m going to beg you once again to go buy the Sept/Oct issue of Poets & Writers. Read the article on Monique Troung, pay attention to the way she talks about writing, about the South, about family, and maybe you’ll understand why I’m inspired.

“I think this story starts with Henry, my father,” I wrote at Whataburger.  “At least that’s the way I intended it to start.  But maybe it begins with L’Ida Lee.  If it hadn’t been for L’Ida Lee, I never would have been born.  L’Ida Lee killed herself.”

Monique Truong’s latest novel is Bitter in the Mouth.