When I moved to New York City, it seemed like people bragged about doing deals on a napkin.  And when I lived in Los Angeles, I felt like everyone exchanged phone numbers on napkins.  It helped me remember where I met them and how I met them.

Oh, yeah, that’s the napkin with a bit of spilled salsa on it.  We met at Cugat’s while drinking margaritas.  And that red napkin there, that was from Ashley’s Christmas party when she was living in the high-rise downtown.

Now days, whenever anyone asks me for my email or website, I don’t hand them a business card.  That seems too ordinary.  I grab a napkin and write down the info.  In fact, I’ve gotten where I don’t even bother to carry business cards.

Many of these squares and rectangles of paper stay in the bottom of my purse so long that they turn into unreadable shreds of coin-colored tissue.  Others get tucked into notebooks and files to be discovered years later.  But just the other day, as I sat in Whataburger, I jotted notes about the sex book.  I keep that napkin tucked safely on my desk.  And that napkin, I share it with you now … because I’ve been so busy with the sex book that I haven’t had time to blog.  All I have to offer is a note on a napkin.  But after reading this, I hope you know how important a note on a napkin is to me. 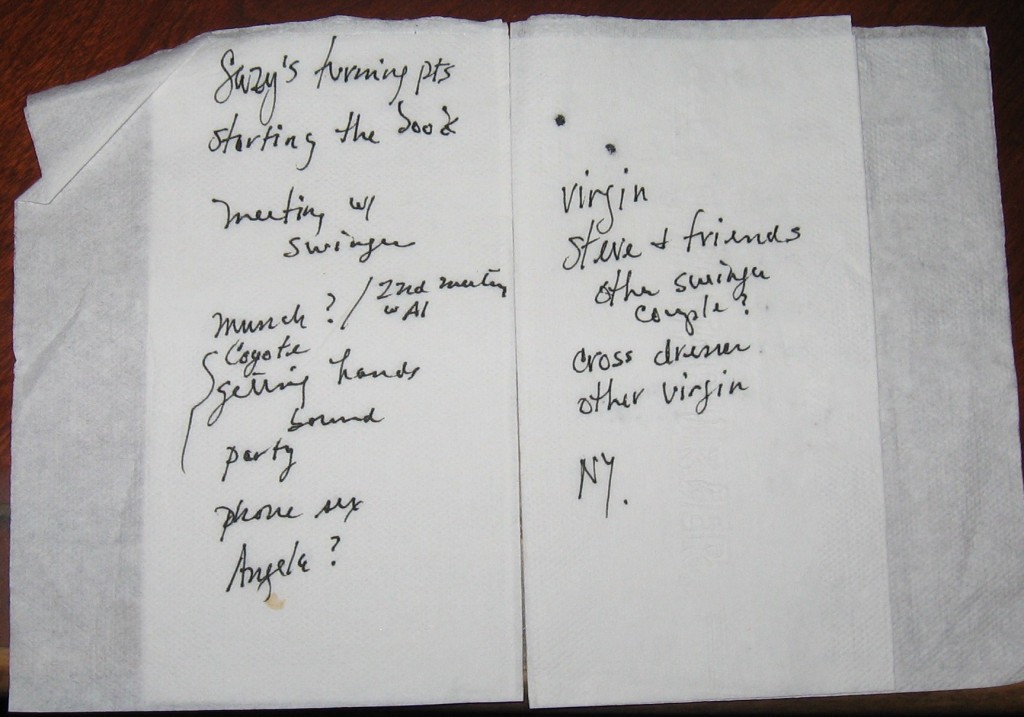