Mixed Emotions. Then What?

I saw something the other day that caused mixed emotions in me.  It was a hardback book, spread-eagle in the middle of the parkway, its pages flapping in the wind as cars drove over it.  Now the cars weren’t smashing it with their tires, thank God.  They were straddling it.  (Yes, I know, there are lots of sex puns there.  They’re not intended.) 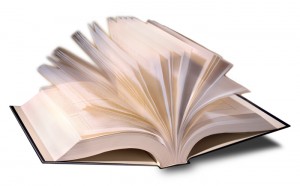 My mixed emotions came from the fact that I was so thrilled that someone was actually buying books, perhaps even reading them.  That was juxtaposed with an equal amount of sadness that the book was being treated so poorly.  I wanted to rush into traffic and grab it and protect it like a child.  But I was rushing to Mickey D’s for a sausage biscuit.*

Besides, maybe the owner of the book would miss it and come looking for it.  Then again, maybe the owner didn’t give a hoot about the book and had tossed it in a rage.  A wife furious at what her husband was reading?  A student fed-up with school?  Maybe furious at a specific teacher?  Or did it accidentally fly out of the bed of a pick-up truck and that student wants that book?  Will he get in trouble for his carelessness?  Does he need the information it contains to get into college?   Does he love that book?  Maybe it holds a love sonnet he wanted to copy for his girlfriend – or words of inspiration for his baseball team.

For struggling writers, this is where stories and books come from … from seeing something that triggers questions and daring to find the answers to those questions.

Yes, part of that is the proverbial “then what” or “what happens next” question.  I used to use that when I talked to elementary students about writing.  A kid’s dreaming of a Slurpee, I’d tell them.  He goes to the 7-Eleven with a dollar in his pocket, but just as he gets to the 7-Eleven, that dollar blows out of his hand, and he’s really, really thirsty.  Then what?  From that, the kids would take off on an adventure, with me constantly asking, “Then what?”  And it’d usually end when the teacher and I would get freaked when the kids would have the monsters or bad guys show up.

But that doesn’t just work in fiction; it works in nonfiction too.  Suzy, an uptight, white Southern Baptist chick, starts researching and investigating Americans’ alternative sex practices.  Then what happens … to her? 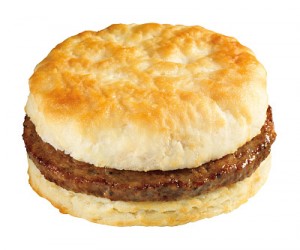 But I’ll never know because I went to Mickey D’s and stood at the counter with mixed emotions.  They were serving breakfast and lunch.  I didn’t know what to choose.  I hate breakfast; I love lunch.  But if I had lunch now, which is 1000 calories, I couldn’t have lunch later today.  But if I had breakfast, ugh, that’d be 500 calories, and I could still have lunch later today.  Then what?

* So what happened that Suzy ended up at Mickey D’s instead of Whataburger?  My neighborhood Whataburger has gotten so filthy that I’m not going as often.  And Suzy really wants her daily Whataburger.  What happens next?