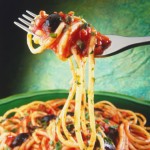 Maybe it’s because I’m a writer and words are important to me, powerful to me.  Just a few moments ago, I heard a poem on the radio, Puttanesca by Michael Heffernan.  The words that caught my ears were simple — “a street walker’s sweat.”

Words like that stun me with their beauty that comes from their vividness.  They encourage me.  They make me want to do better, be better.  Not just a better writer, but a better person … someone who is worthy of such poetry.

When I was a student at Baylor University, I remember learning the meaning of a specific New Testament Bible verse, which unfortunately I can’t find right now, though it’s in something like Galatians or Ephesians.  But that verse, in its original language, said that we are God’s poetry.

I think about that verse and I think about how hard I work on my words for a book, how I write them, read them, rewrite them, rework them, leave them alone, polish them, and try to perfect them over and over again, each time with love, passion, and desire.  And if I do that for my words, and if we’re God’s poetry, oh, my gosh, how He works, polishes, and loves us.

So maybe it’s because I’m a Christian and I hear Bible verses in my head.
* * *
Behold the ships also,
through they are great and are driven by strong winds,
are still directed by a very small rudder,
wherever the inclination of the pilot desires.
So also the tongue is a small part of the body,
and yet it boasts of great things.
Behold, how great a forest is set aflame by such a small fire!
And the tongue is fire, the very world of inequity;
the tongue is set among our members as that which defiles the entire body, and sets on fire the course of our life,
and is set on fire by hell.
For every species of beasts and birds,
of reptiles and creatures of the sea, is tamed,
and has been tamed by the human race.
But no one can tame the tongue;
it is restless evil and full of deadly poison.
James 3:4-8
* * *
I think about that passage whenever I lose myself and spew poison words and watch the faces of my victims.  Sometimes they cower.  Sometimes they cry.  Others turn away.  And still more rage back or turn my rage onto others.  I know I do this when I’m restless with exhaustion or frustration, but that’s not acceptable.  So I want to grab my words out of the air and force them back into my body, but that’s like trying to grab a firefly in the daylight.  It’s just not going to happen.

I hear it a lot in myself.  I hear it a lot on TV.  When I do, I wonder what kind of example we’re setting for our children  — that it’s okay to spew hate-filled words just for the sake venting, for the chance to rage and get on TV, to start and have a career as a pundit or reality TV star.  I hear it even more on radio.  I remember I heard it on the radio the morning after the Fort Hood shooting, as I was driving down I-35, returning to Killeen and the hospital where the injured and dying had been taken.

But on the radio, from people who were miles from the blood and the death, I heard it.  Perhaps it was understandable.  That’s not the way it came across, though.  It came across as trying to stir up people for ratings and advertising dollars.

Like Puntanessca, such words stun me.  Unlike Puttanesca, such words don’t encourage me.  They don’t make me want to do better, be better.  Sometimes, they make me want to … give up.  And maybe that’s what name-callers want … for those they call names to give up.  I know that’s what I want when I’m raging at someone.  But I also know that more often, when someone spews names at me, I spew back that poisoned venom.

I guess for that very reason I can’t give up.  Nor can I spew back.  After all, I’m God’s poetry — written, read, rewritten, reworked, trying to get perfected.

*  I wrote this last March and revamped it and rewrote it in May.  I don’t think I ever had any intention of ever posting it.  And maybe I shouldn’t be posting it now because it may be too similar to I Don’t Know Where to Start.  Yet that very blog post, I Don’t Know Where to Start — specifically some of the comments posted here — is what motivated me to go ahead and publish this.  Forgive me if you find it redundant.