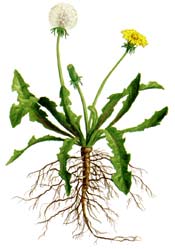 I have a thing for clean fingernails.  Usually, mine are clean.  Everyone can see that because I don’t wear nail polish.  Nail polish just isn’t me.

Today, while eating lunch alone, I stared at my fingernails.  There was dirt underneath them.  That upset me.  I’ve noticed dirt under them a lot lately.  Maybe it’s because I’ve been pulling a lot of weeds, which are thick in my backyard.  I have to dig deep to get to their roots.  The dirt they’re in is damp and sticky.  It gets between the ridges of my fingerprints.  It ekes beneath my cuticles.  It sticks under my fingernails.  I scrub.  I scrap.  I scrub and scrap some more, and the dirt refuses to come out.  It makes me mad.

As I sat there staring at my fingernails, I thought about my sex book.  I can’t figure out how to open it.  My editor knows how I should – just the way it’s written right now.  I know that opening’s okay, but I also know it’s not great.  It needs to be great.

My friend Carol knows exactly how I should open the book.  She’s told me precisely how to do it.  I started a rough draft of her version.  It’s not bad, not bad at all.  But I’m not sure it works for me.

I have a third version that I’ve written, too.  That version involves my family, which could be misinterpreted to sound a bit kinky.  It’s not at all.  It’s very clean.  But that version made me think about my little guy and his fingernails, which are always filthy.  Then again, what does one expect from a little boy?

I remember when he was three or four years old.  I gave him a fingernail brush.  I tried to teach him to use it, but when they’re that age it’s hard to explain a fingernail brush in words and mimicked motions only.  I needed to show him with soap and water, and I wasn’t ever around him at bath time.

When he turned five, his dad and I took him to Mexico so that he could swim with dolphins.  My little guy and I went to the beach; his dad went to play golf.  Before his dad got back, my little guy and I returned to our rooms to get ready for dinner.  I sent him off to the shower, or so I thought.  After I discovered him still covered in salt water and sand, he eventually confessed that he didn’t know how to wash his hair.  I poured out some shampoo, smeared it on his blond head, quickly tried to show him what to do and left him alone.  A bit later he walked into my room, all smiles, all wet, all proud of himself, and with sand still in his hair.  I bragged about what a good job he’d done.

Now that my little guy has a stepmom, I thought she’d make sure he keeps his fingernails clean.  But, they’re still dirty.  I make myself keep quiet about it, though I want to buy him another fingernail brush.  I look down at my fingernails and want to buy me one too.

Though my editor is content with the opening of my book, she wants me to put more of “me” into the book.  As she says, she wants me to reveal my soul.  I don’t want to do that.  I think about the weeds I’ve been pulling.  They fight me to come out of the ground, just like this book fights me too.  When I finally do manage to yank out the weeds, a ball of damp dirt covers their roots.  It’s that root dirt that sticks to me.

I look down at my hamburger and French fries.  When there’s just ketchup and mustard under my fingernails, I can wash that out quickly.  But when I’m pulling weeds … well,  I wonder if that’s why most women wear fingernail polish … so that no one can see their root dirt.