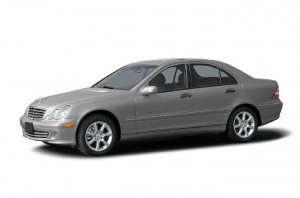 I just watched my postman unload the neighborhood’s mail from the back of a silver, C-class Mercedes Benz.  I’m sure there are many out there who would say that’s an example of government waste.  Since postmen “out here” deliver mail from their personal vehicles, I hope it’s an indication that 2010 will be a more prosperous year for all of us.

I know 2009 has been a rotten year for many.  In fact, I have a tendency to want to join everyone in saying that it was a horrible year.  To be honest, 2009 wasn’t great.  To be even more honest, it was great.  I feel a bit guilty in saying that since I have so many friends and family who are seriously suffering from 2009.  So let me explain, and in explaining I’ll be confessing a few things I don’t want to admit to the general public.

So why am I confessing?  Because I keep telling the writers I coach that they’ve got to “go deeper” in their writing, that they’re just scratching the surface of their characters and stories.  Sometimes going deeper requires embarrassing honesty.  I just wish I could hide my honesty in saying it’s fiction.  But what I’m about to write is the truth as I know it.

The year that was rotten for me was 2008.  I gave up my beloved townhouse that I’d lived in since 1990.  I’d planned on dying there.  But I put my home on the market because some new neighbors moved next-door and they were so noisy that I couldn’t work or sleep.  At first, I tried to cope.  I moved my office into my living room and started sleeping in the guest room.  But I realized that’s no way to live and began searching for a new home.  Instead, I found a lot with Hill Country views so deep and stunning that I can watch lightning shows that are scores of miles away.

I grabbed my mother to show her the lot.  She started referring to it as “Suzy’s lot,” even though we both knew it was a bit over my budget.  Still, it called to me.  I grabbed my friend Vanessa and showed her the lot.  “It’s so peaceful up here,” we said.  And we dreamed that it was perfect for writing – on top of a hill so high that the birds soar at shoulder height and the song they whisper is the sound of the wind.  We all knew this was my home, even though – and I know I’m repeating myself – it was a bit over my budget.

But, hey, I’ve always been lucky and blessed.  I bought the place.  A few months later, the “for sale” sign went up on my beloved townhome.  And here’s the catch.  I bought my future home just as the Texas real estate market was near its peak.  And I put the townhouse on the market just as the economy and stock market were crumbling, then crashing.  It took approximately 16 months for my townhouse to sell.  And for 12 months, I was covering the expenses of two homes.

We all know that everyone loves a “winner.”  Hell, I’ve had people admit that they wanted to be friends with me because I have that New York Times best-seller title in front of my name.  And we all know that success breeds success.  So here comes the embarrassing part, the part that can damage my image and career since New York and Hollywood, which is where I make my career and money, only want to deal with winners – I struggle financially as a writer.

Yeah, I know some of you are saying “big whoop.”  After all, that’s not a surprise to many, if not most of you, especially my writer friends.  But for me, the MBA who believed she’d be a millionaire novelist by the time she was 30 years old, to admit that at 55 years old she’s still struggling like a career beginner is embarrassing.  In fact, just a few months ago a friend from high school emailed me that she thought I was successful enough that I could easily make a half-million dollar charitable donation.  Obviously, (1) I’m very good at faking things, thanks to my MBA in marketing.  And (2), by this age I planned on being wealthy enough that I could donate half my income to charity.  That was my game plan.

So my long overdue point here is that 2008 was a horrible year because I had to give up my home and that that move – along with the crashing economy and the fact that my career success sucks when compared to my dreams and the image I intentionally have cultivated – wreaked havoc on my finances, my emotions, and my self-esteem.  And perhaps worse of all, I haven’t found the writing peace in my new home’s office that I had in my old townhouse.  I’ve struggled, I mean struggled, to write here. 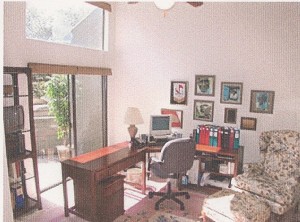 My old office, the place where I completed one novel and all four of my true crime books.

And perhaps that finally brings me to 2009.  It’s been a rough year because I’ve spent it trying to recover from my rotten 2008, both financially and emotionally.  But it’s been a good year because my house finally sold and I turned in my sex book, though I’m still waiting to get it back for rewrite.  It’s been a good year because I’ve gotten my coaching business off the ground, thanks to Cyndi Hughes, executive director of the Writers’ League of Texas.  And I have some really cool clients whom I adore.

Thanks to Cyndi, I’ve also gotten to teach, and I love teaching.

It’s been a good year because I’ve gotten to freelance for ABC News, a job that challenges me because it requires new skills, which is one of the very reasons I love it.  And because of ABC, I had the honor of working one of the biggest stories of the year – Fort Hood.  Thank you, dear friend Teri Whitcraft, National Producer, Law & Justice Unit, ABC News.

It’s been a good year because I’ve sold articles to the Texas Observer.  To be accepted and published by such a nationally respected magazine is a privilege.  Thank you, Texas Observer editor Bob Moser … and thank you Ruth Pennebaker and Jesse Sublett for helping me break into this fabulous publication.

It’s been a good year because of even small things like Diane Dimond quoting me in the Huffington Post.  I cannot tell you how much Diane’s respect means to me.

Turning from the professional to the more personal – moving outside of Austin in 2008 was shockingly rough because it took me away from easy lunches, dinners, and drinks with my friends.  But in 2009, I’ve been blessed with something that will sound so stupid – Facebook.  Through Facebook, I’ve reconnected with friends from New York to California and back to Texas.  They remind me of what I was, what I’ve become, and what I can become.  I’ve “met” people whose paths I’ve never crossed except through Facebook.  These new acquaintances have brought me smiles.  Specifically, thank you, Tonya Montgomery.

While I’m thinking of friends, I want to thank my friends Candie and Jay.  On my 55th birthday, they gave me a vacation during which they reminded me of the joy of dreaming big.  So often rejections, cruel reviews, unresponsive agents, inattentive editors, the confusing and lost state of publishing, the lack of money and respect, beat down writers.  We focus on the negative and forget to imagine success.  Thank you, Candie and Jay, for reminding me to dream positive and to believe in myself like I did when I first began.

From beginning to now ending, I can’t close out 2009 without thinking of the blessing of Karl Duvall.  Karl and his staff, Jim Murillo and Susan Dunton Burton, are my trainers, my friends and my lifesavers.  They are whipping me into shape so that when the sex book comes out I will look like a person who can actually find a sex partner if she wants one, rather than look like Dr. Ruth or Sue Johanson (who may have very active sex lives, for all I know, and, believe me, even this sex interviewer and writer doesn’t want to know that).  But equally important, Karl, Jim, and Susan listen to me, encourage me, make me laugh, and make me laugh at myself.  They also push me past what I perceive are my limits and make me succeed anyway, which is what I hope to do with my coaching clients.

If writers aren’t getting my drift here, my point is that this business is very tough.  It’s tough on you financially, emotionally, mentally, and physically.  Become a writer only if you have to do it.  And I’m about to digress for a moment, or at least appear to digress.  I briefly had a literary agent who yelled at me that there was more to life than writing and my career.  I fired her immediately because she was right, but she was also very, very wrong.  Writing isn’t simply a career; it’s who we are.  So again, if you can do anything else, do any other career, do it.  But if writing is the only thing you can do, no matter the financial cost, the emotional cost, the mental cost, and the physical cost, then you are a writer and you must write.

Now I’m going to go jump in my seven-year-old Mercedes Benz and go buy a bottle of champagne.  Then I’m going to come home and dress for the evening.  And when I say dress, I may actually put on a dress to remind myself of the days when I actually wore dresses … when I lived in Los Angeles, had big dreams, believed that I would attain them, and nothing or no one could dissuade me from that belief.  Then I’m going to grab that bottle of champagne, take it over to my friend Carol’s, and spend some time with her, her husband, and our writer friends.  And I’m going to talk about what a great 2010 we writers are going to have.  This writer is going to have a book ready to be published, a fit body, and a Porsche Cayman.  If the postman can do it, ….

BTW, if one of my student’s had written this, I’d tell her she didn’t go deep enough.  🙂 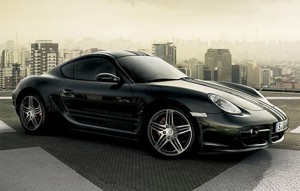