I first met Brooke Warner years ago at the Writers’ League of Texas annual agents and editors conference. Brooke was a senior editor at Seal Press. Seal is known for its cutting edge women’s books (read that as meaning lots of sex) and has published a couple of friends of mine. For some unknown reason, Brooke and I connected when we first met. I say unknown because at the time she was a young, hip, single, athletic woman living in the San Francisco Bay area, and I was an old(er), unhip, single, couch potato living in the greater Austin area. 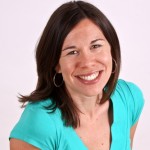 Brooke’s still young, hip, and athletic, but now she’s married. I’m still old(er), unhip, single, and a couch potato, though I’m fanatical about hitting the gym multiple times a week. Writing a sex book will do that to a person. Well, actually, writing a sex book keeps one a desk potato, if there’s such a thing. The thought of hitting the road promoting a sex book gets one to the gym.I’m digressing ridiculously. Back to the point.  Brooke and I seemed to “get” each other. I loved her ability to get into a writer’s soul and bring out the best in them. I don’t know what she liked about me. Maybe she liked to laugh over the escapades of a ridiculously uptight, white Southern Baptist writing about Americans’ alternative sex practices.Anyway, the second year we ran into each other at the Writers’ League agents conference, I was moderating a panel and Brooke was one of the panelists. I blatantly announced to our audience that I wanted Brooke to edit me someday. She sweetly reciprocated and announced that she wanted to edit me someday.

Then, as my sex book morphed from an overview to a memoir, and as I struggled to reveal myself in the book, I wanted to hire Brooke as my writing coach. What I’m about to write next might cause me to lose some coaching clients, but it’s the truth — part of me still wishes I’d hired Brooke. I think she’s that good. I especially think that today after discovering her blog and an old post of hers on writing memoir. Every bit of her advice is smart. I especially appreciate what she wrote about transparency:

Transparency. This includes honesty, truth-telling, and being vulnerable. For some people this comes so naturally that it’s a nonissue. For others it’s like pulling teeth. Many writers don’t realize how much you have to put yourself out there until they’ve delved into some memoir writing. Most memoirists, other than those who don’t even know the meaning of the word shame, will freak out at various junctures. This probably means you’re writing a good memoir.

It’s those last two sentences I love, because, man, I’ve certainly freaked out at various junctures of writing my sex book … and will continue to freak out as I go into rewrite. So maybe that means the book will be good. And maybe that means Brooke will be proud. I hope so, because she’s one fine woman, editor and coach.

Click here to read Brooke’s memoir entry in its entirety.